chef.remarks.owls
what3words gives every 3m x 3m in the world a unique 3 word address. This one describes the precise entrance of the building. Click here to learn more. 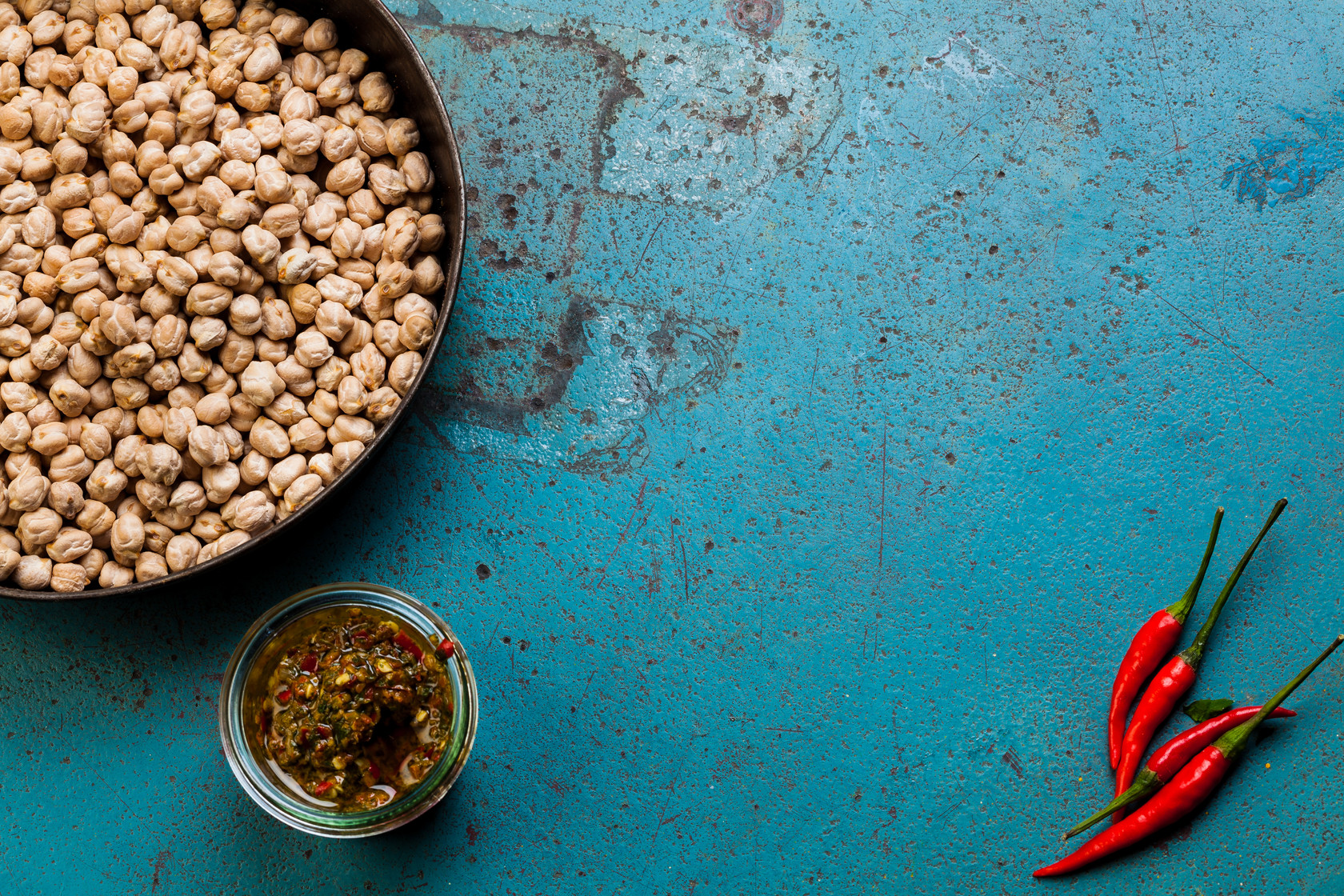 Kanaan is a Vegan-vegetarian restaurant that was established by Oz Ben David, an Israeli entrepreneur and marketing business man and Jalil Dabit, an Palestinian arab descendent of the Samir family that own the famous "Humos Samir“ in Israel and Palestine.

The connection between the European and the Middle-Eastern, the traditional and the modern, the urban and the rural makes the Kanaan brand a distinctive marking point like no other in Berlin. A central location where, under one roof, you can experience all the intensity of the Israeli & Palestinian cuisine. A place where you can stock up on the best ingredinets for your home cooking or meet friends for a plate of hummus with some authentic Arabic coffee with kardoamom.

Kanaan employs refugees from the middle east and africa and is a safe-space for all genders. racism, homophobia and transphobia will not be tolerated here!

After establishing themselves as the best hummus in Berlin,Kanaan, co-owned by Jewish-Israeli Oz Ben David and Paletinian-Israeli Jalil Dabit, wants to bring the Israeli & Palestinian dining experience in Berlin to a new level.

Contrary to the vegan/vegetarian, street-food oriented menu of Kanaan's Prenzlauer Berg restaurant, the new restaurant at KaDeWe seeks to introduce new flavours and will offer unique modern creations from the Israeli & Palestinian cuisines.

The menu will consist of a variety of entrées and main courses inspired by and adapted from traditional family recipes of Ben David, Dabit and Chef Oded Shemesh.

The official opening will be on 1.12.2018. The kitchen team will be led by Israeli chef Oded Shemesh, who started his way in some of the most famous Restaurants in Tel Aviv (Refael, R2M Group, Havat Zuk). Shemesh moved to Berlin in 2015 and has worked at Restaurant Hotel am Steinplatz.

Kanaan currently functions in two locations on opposite sides of the same street corner, allowing us to offer different menu concepts as a restaurant, take-away counter and catering service, all while leaving no doubt that the food is the core of the initiative. Visitors are welcome to sit down, relax and enjoy the culinary experience.

The Kanaan bakery offers a variety of distinctive deserts that combine Arabic traditional deserts with a German twist and German pastries with an Arabic touch. Our vision and long term goal is to cooperate with sweets manufactures in order to combine Middle eastern and European flavours. Just like our way of thinking: Together is always better.

In January 2017 we plan to open a concept store, where customers can try the products used in Kanaan, e.g. Tahini, pomegranate sauce, olive oil or date honey. Additionally we will offer mixtures of spices that are freshly prepared in the concept store and match individual customer needs. For example, if a customer plans to grill chicken or roast beef, we create an individual blend of spices. In September 2017 we plan to offer our products in the German supermarkets.

We plan to expand the hosting experience of our restaurant and pass along to you so you can take with you to your home table a variety of salads, consult with us on which virgin oil bottle you should take, maybe even ad a bottle of arak or even a cake for dessert. We feel that can enhance your experience of you hosting in your own home. We have created a diversion of tastes and possibilities that combines every day ready to eat food along with fresh and dry products that allows you to feel like you are dinning out when you are in you are actually home. All of the products are the core of the food that you love to eat at our restaurant. The salads we serve, our juices and middle eastern cocktails, our signature tahini and off course our bake goods, our cakes and sweets. Even more than that, we thought about giving you a solution that can fit into your lifestyle, and can allow you to eat healthy and tasty even when we rush to get home at the end of the day. From the basic need to fix your kids up with a delicious and nurturing lunch even when you don't have time to stand and cook it by yourself. All you need to do is call us or come by and have a look of what's cooking, pick up whatever you want and you will have a nicer, easier more delicious day.

Cooking workshop in concept store
Cooking workshop complex – how do you make the perfect hummus? How to deal with the pita doe? What is the secret of the eggplant salad and where do you get the cheese to make the perfect knafa? A variety of workshops led by chef Jalil that will reveal to the local food enthusiast the secrets of his cooking. Kanaan is opening its gates and will give the food enthusiast an opportunity to expand their knowledge in the middle eastern vegan vegetarian cuisine in a verity of techniques of cooking, baking and frying. This is your chance to learn from a real professional in a welcoming environment and get all the secrets on how to cook your favorite dish from the restaurant menu.

Along with the diverse culinary offerings of kanaan the complex also has a social agenda that has its genesis at the story of the masterminds behind the project. We at Kanaan believe that the most important ingredient in succeeding is the ability to give a second chance, a way of promoting and assisting our neighbors and helping the city to develop and grow.  We believe that in order to succeed it is important to give back to the community in projects that hold a great importance in making the weaker social layer stronger in our business environment.

Ages 14 – 20 – a marketing and P.R workshop - Made for youth from weak socio economic layers

The youth will learn and take part of all stages of making and marketing. From mixing of the spices blends to selling them in a verity of platforms such as internet websites, door to door sales, and business to business All incomes from selling these products will be donated to making the dream and aspirations that were set by the youth. combination: refugees, immigrants, local german from low economic social background.

Providing tools to integrate in the work and social world, providing work ethic tools, providing a place for the youth to spend time in a safe and productive place that protects them from bad influences. At the end of the course they will receive a certificate stating the capabilities that they had gained during the workshop along with a personal recommendation letter. The project will be ran by volunteer communication and business students integration, work together, money will go to the kids.

Click here to book a table in Kanaan Prenzlauer Berg.

All dishes are served with bread, Kanaan Fries and a selection of mezze dips

A selection of all our grill dishes, served with hummus, kanaan fries, mezze dips and pita bread

**All our wines are imported from boutique wineries in Lebanon**

Bread basket, green salad and a variety of homemade dips and salads with free refills:

All salads may be refilled for free - ask our staff.

One main course of your choice:

**All our wines are imported from boutique wineries in Lebanon**

Kanaan Catering - for your party or event.

If you're celebrating a happy occasion like a birthday or wedding or organising an office/company event - you can order Kanaan's delicious salads, hummus, special finger-food dishes and custom made desserts.

We have experience in serving at all types of events and for various budgets - from small family/friends get-togethers or office parties to the 'Jerusalem' exhibition opening at the Jewish Museum in which we served our food to 900 guests or the annual Bertelsmann party.

Please let us know the type of event, amount of guests, your budget and any wishes you have regarding the type of catering you require: finger food, buffet, full catering etc. For catering requests, please contact us at: info@kanaan-berlin.de

To reserve a table for Kanaan Prenzlauer Berg click the RESERVE NOW button:

If the system does not accept your reservation, it means all tables are already reserved for the desired time.

A reservation after 18:00 on weekdays and the entire day on the weekend is highly recommended!

Please choose the subject of your request: 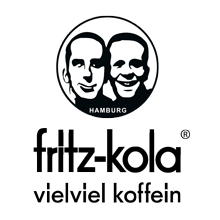 Kanaan is closed for a private event on Thursday, XXXXX, from

Book your table in advance!